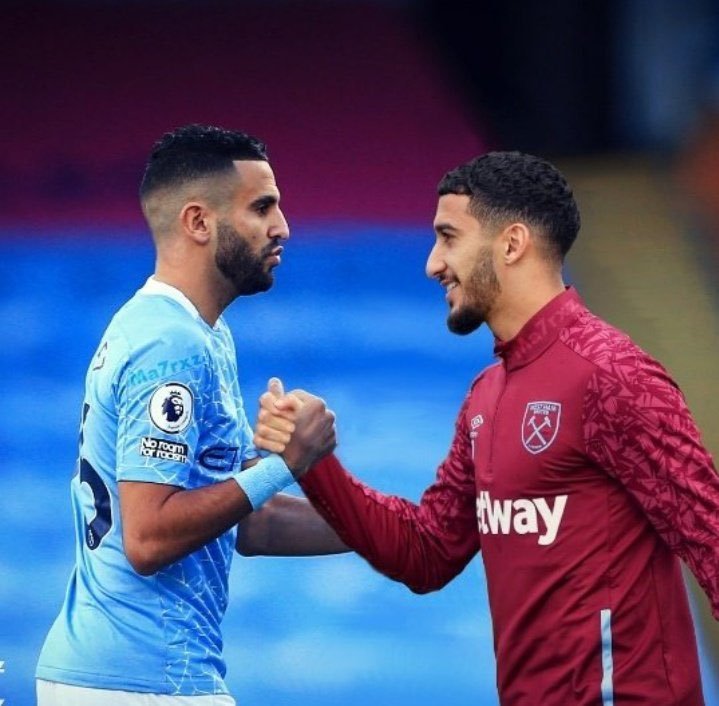 Claret and Hugh have learned that Said Benrahma was substituted for tactical reasons and was not suffering from an injury in Sunday’s narrow away loss against Manchester City.

West Ham supporters were worried that the Algerian Hammer had suffered from an ankle problem but we have been told that the player is expected to be available for training and selection for Premier League games this week.

As we covered earlier, Aaron Cresswell is not expected to be seriously injured from yesterday’s battle with City and faces a late fitness test for his inclusion for the Hammers game against Brighton and Hove Albion on Wednesday night at the London Stadium.

He will no doubt have some bruising from his collision from with the goal post at the Etihad stadium but should be able to play past any pain if called on by David Moyes.

Post match Moyes said “He is okay, his back is stiff after going into the goalpost. He was in a spasm really and couldn’t move his leg well at that point.”

Beyond Angelo Ogbonna  who is out for the season the manager should have a full squad to select from.