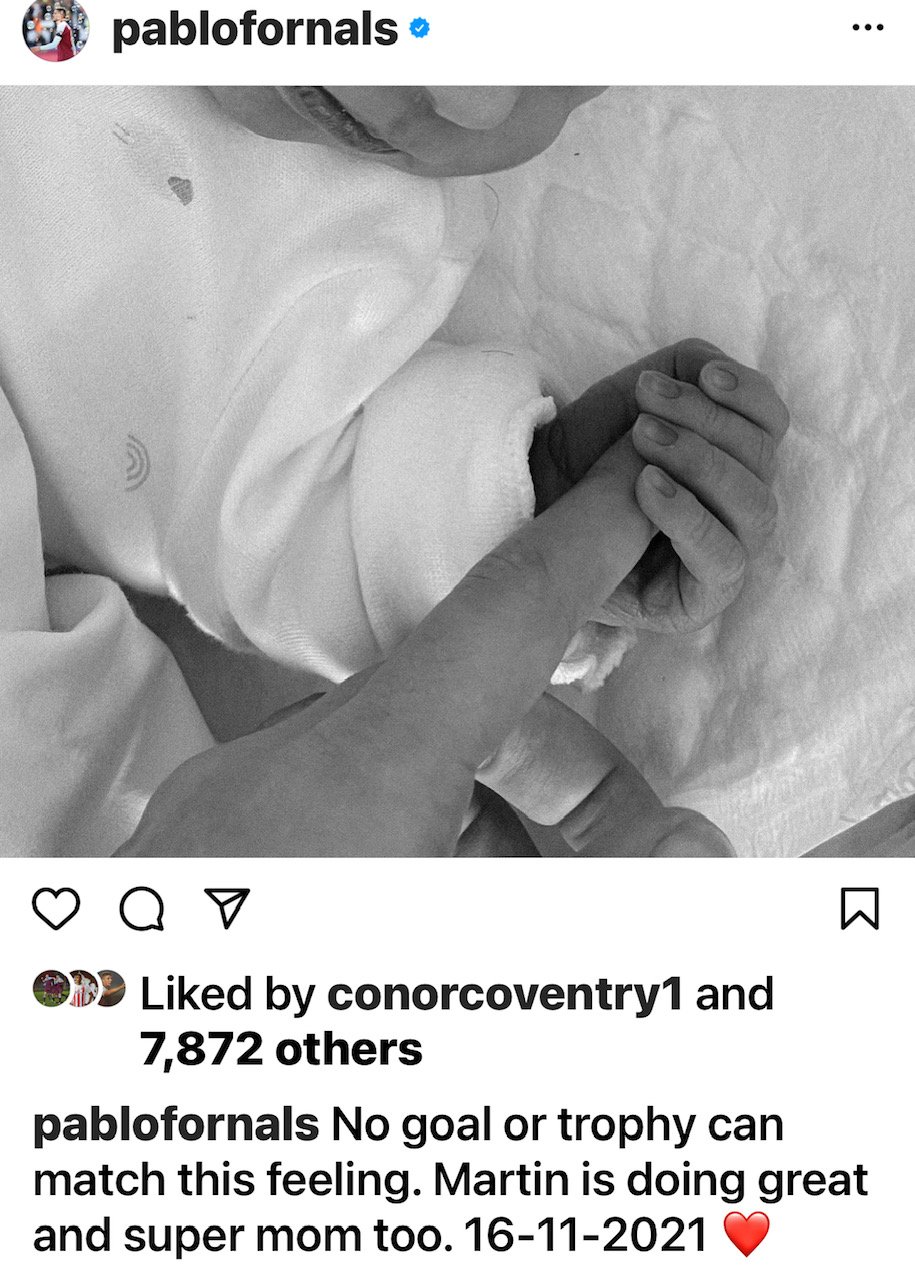 Hammer Pablo Fornals has revealed the birth of his son Martin born on 16th November.

The in-form Iron posted a photo of his son’s small hand saying “No goal or trophy can match this feeling. Marton is doing great and super mum too. 16-11-2021″

The mother of his child is his long term partner Tania Lara with their relationship dating back to 2016 when they were both 20 years old. At the time Pablo was still playing for Malaga. The couple met one year before Fornal’s move to Villarreal.

The 25-year-old Spaniard moved to West Ham in 2019 under Manuel Pellegrini for a transfer fee believed to be £24m.

Fornals made 40 appearances in that first season scoring four goals, last season it was another 37 appearances scoring six goals and this season 17 appearances with four goals to his name.  He has also been recalled to the  Spanish national team with three appearances and a goal.

Perhaps his mind was elsewhere last week which is why he wasn’t included in the matchday squad for Spain.