The right-back’s contract expires this summer and he is not signing a new deal at the London Stadium. 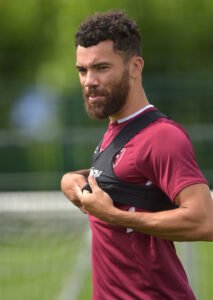 Instead, he is set to depart, with interest reported from both Southampton and Fulham, potentially keeping him in the Premier League.

Fredericks joined the Irons from the Cottagers back in 2018 and went on to make 77 appearances in total for the club.

As a result, he has been allowed to move on, and he took to Twitter to say thank you to the fans for their support ahead of his departure.

Writing on social media, he said: “Thank you to everyone associated with West Ham.

“I’ve enjoyed my time from day one and have made some great memories. The club’s full of amazing people from players to every staff member. Loved playing in front of the passionate fans and thank you for the messages of support. COYI.”

Fredericks made 114 appearances in total for Fulham and could now be set to return to Craven Cottage after their promotion to the top-flight from the Championship.