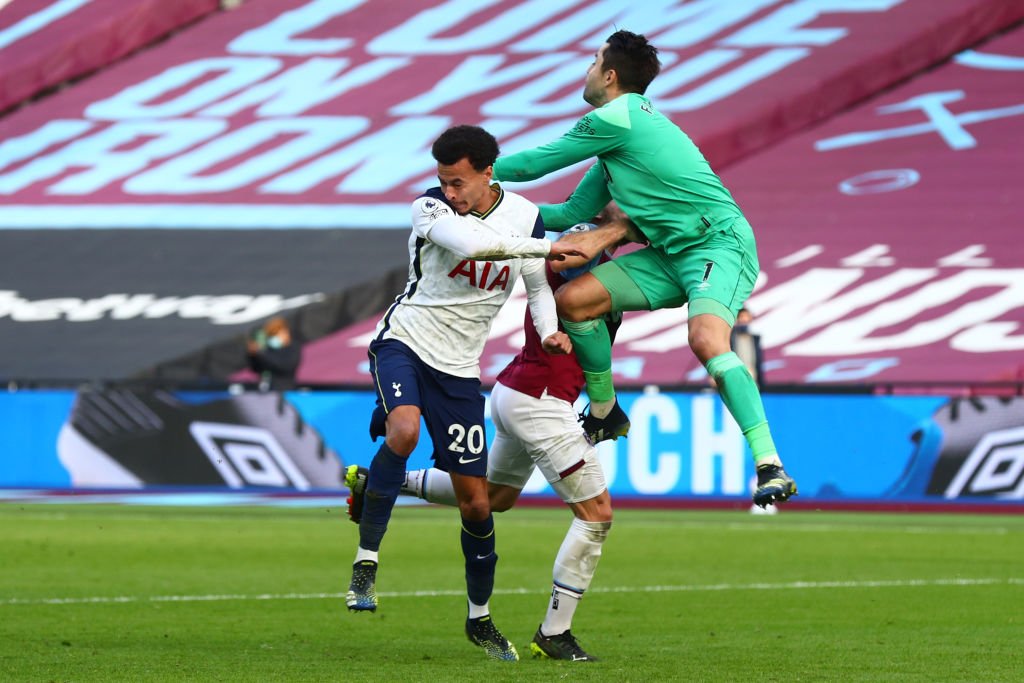 Hammer Vladimir Coufal has described the pain he felt in the knock he received from a team mate in West Ham’s win over Spurs on Sunday.

Coufal took a nasty blow when Lukasz Fabianski clattered into him at speed in the second half. At first it looked as though the defender had been knocked out.

The Czech defender said it was a bit painful and he felt like that he couldn’t breathe after the incident but could hear Aaron Cresswell and others laughing.

He explained he wanted to kill them or something but instead decided to join in the laughter despite not being able to breathe.

Like his Czech mate Tomas Soucek who received a deep cut to his head, Coufal showed he is made tough stuff and carried on regardless.

Coufal has been one of the best value for money West Ham signings in many years, his £5.5m transfer fee from Slavia Prague now looks like an absolute steal.