Nayef Aguerd may not be fit to play for Morocco when they face France in a historic World Cup semi-final.

The north African side are the first from their region to ever reach the last-four of the tournament, having gone on what has been a sensational run of form. 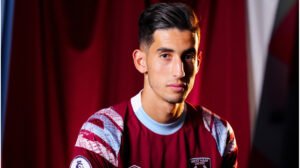 Morocco have dumped out both Spain and Portugal in the knockout stages and are now gearing up for a huge clash with England’s conquerors France.

Aguerd was injured in the game against Spain and missed the quarter-final, and he has been facing a race against time to be fit to play against Les Bleus.

L’Equipe reports on Monday, though, that he faces an uphill battle to be fit for the encounter as Morocco look to reach their first ever World Cup final.

If they do get there, Aguerd may be fit to play a role, and he has been superb at this tournament, playing excellently throughout their campaign, and he will be doing everything he can to get back on the pitch.