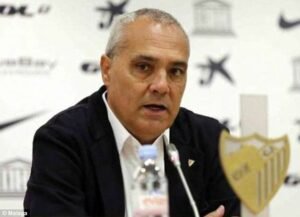 West Ham have already been winning one big battle over Saturday’s opponents Evertonwith a fifth of the season already behind us.

Both clubs headed in a totally direction than previously when deciding to appoint Directors of Football  last summer and there can be no question thus far that Mario Husillos is ahead of his Toffees oposite number Marcel Brands.

It was a radical move for the Irons on the appointment of Manuel Pellegrini with co chaiman taking a back seat and become the deal fixer rather than having a MAJOR input on players.

As at any club the owners reserve the right to decide who to spend their cash upon but the record shows that the manager and his DOF have been given all the backing they could have expected.

And it appears to be working with the Hammers in the top the and looking upwards rather than over their shoulders unlike tomorrow’s opponents.

TalkSPORT reveals the difference between the Irons and the Toffees since the moves took place and it makes interesting reading.

The broadcasters point out that since the clubs made their decision Everton have spent nearly £200 million, while West Ham have splashed more than £155million on players.

But ahead of their meeting on Saturday only one club has reaped the rewards.

Talksport points out: ‘Everton may have finished two points above West Ham last season, but the Toffees are currently in the relegation zone following a dreadful start to the campaign, while the Hammers are banging on the door of the top six.

Silva must surely win on Saturday or risk facing the sack, but his predecessor and former Hammers boss Sam Allardyce, suggests the blame ought to be shared by director of football Brands.”

“It’s a difficult position as a manager. He [Brands] has been brought in with a big reputation as director of football.

“But, at the end of the day, you spend all this money and if you don’t spend it the right way, it makes the manager’s job harder.

“I wonder how many of these players Marco Silva actually sanctioned and said he wanted.”