Hammers AND football hits the States

DAVID HAUTZIG is an American-based Iron who absolutely bleeds Claret and Blue. In his latest blog he reveals how football has changed the face of his nation is changing in a big way! 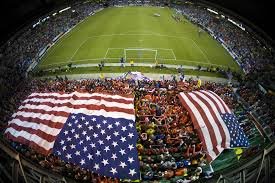 Sometimes, the future shows itself to you in an unlikely place. For me, it was while sitting on the stone wall in the central meeting place in front of my kids school four years ago. Football and the mighty Irons with it were going to become truly big in the States.

I was able to finish work that day early enough to pick them up at regular dismissal time instead of having them go into after school activities. Sitting there, I watched as the majority of the 200 some odd students came out of various buildings. I saw a few Boston Red Sox shirts, a New York Yankees jersey, and a New England Patriots jumper.Normal stuff.But I also saw a Chelsea jersey. And a Barcelona jersey. And one for the Italian National Team. All on good ol’ American kids, just going home from school. That night, I called my friend Carlos in my old apartment building in Manhattan. He’s Argentinian by birth, Football mad, and thinks the NFL and Major League Baseball should be banned as matters of principle.

I won’t type out a transcript of our talk, mostly because I don’t remember the nitty gritty details. What I do remember is that I told him our game, the sport we both loved and for years had to go to great lengths to watch, was on the cusp of “making it”.

I remembered having to go to a pub that had a short wave radio capable of tuning in to the BBC to get the results. Then a new pub put a C band satellite dish on the roof and got a new service called Setanta. Live games on TV for the low cost of $20 at the door.But this was different. Mainstream was opening it’s doors and inviting football in, and it was not going to let the opportunity pass.In September, 2011, ESPN’s Roger Bennett wrote a fascinating article about football’s surge in popularity here.In the article, Bennett quotes Rich Luker, a social scientist who runs ESPN Sports Poll, a database that listed soccer as America’s second-most popular sport for those age 12-24, ahead of basketball, baseball, and college football.

US football fans are also unique to Luker. “It is a true community. The only group that comes close are college sports fans or followers of the Grateful Dead. They embrace soccer as a communal lifestyle as opposed to a personal experience or a community that only exists on gameday.”As television and other media coverage expanded, Luker continued, Americans became exposed to “elite soccer on a very regular basis, which has allowed us to appreciate the sport and develop a savvy about it in a way we could not before. Kids growing up today gain cachet and social currency by knowing about the sport.”That’s an intellectual way of saying our game is cool. Those kids knew it then, and NBC knows it now. In a recent article by Kyle Stock in Bloomberg Businessweek, NBC’s Jon Miller talked about the television ratings for their first season showing every single EPL game live.

NBC averaged about 440,000 viewers for each match, nearly double the number of viewers on ESPN and Fox Soccer when they had the rights. During the past season, NBC tripled the Premier League audience in the U.S to 30.5 million viewers. Even more importantly, big money sponsors like Apple Computers, Subway, and Liberty Mutual Insurance bought more commercial time as the season went on.Back to Luker, who is a baseball fan more than anything else. He made a pretty bold prediction back in 2011. “Based on the way it is trending, I believe global soccer will soon be four or five times bigger than it is today, and MLS’s fanbase will triple or quadruple.It is an inevitability that soccer will soon be as popular as MLB and NBA.”I’m writing this on Saturday night, May 24th. This morning I watched QPR somehow find a way back into the top flight while making bacon and pancakes for the family.

Then, in the afternoon while playing a board game with my son, I watched the Champions League  Final. For the fourth straight year, it was broadcast on regular terrestrial television, with two American announcers, and a full studio show. Just like the NFL, NBA, NHL, and Major League Baseball. And what made it so special…..was that it wasn’t special.It’s now the norm.My Hammers…MY game…..is here for good.