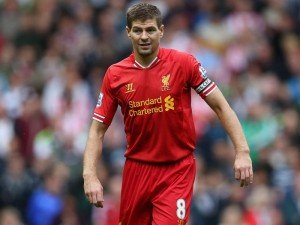 Karren Brady’s half suggestion a few weeks ago that Steven Gerrard could be an option for West Ham is a non starter.

The vice chairman made no secret of her admiration for the Liverpool hero who has announced he intends moving on this summer and hinted the Irons may make a move.

But despite making a tentative inquiry the club will not be pursuing any interest they may have had in the former England captain.

A Hammers source revealed: “We discovered he wanted between £100k – £150 a week and we are looking for faster and younger players anyway.”

5 comments on “Hammers and Gerrard”