Hammers and Palace in striker battle 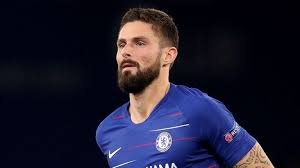 West Ham will have competition should they decide to move for Olivier Giroud in the January window.

The striker has been linked with the Hammers over recent weeks and should Chelsea boss Frank Lampard decide to let him move on, the Irons could be interested in offering him a short term deal.

However, we understand that Palace boss Roy Hodgson is also keen and could make a move in the winter should it become clear the former Arsenal man is on his way from Stamford Bridge.

With Manu Lanzini looking set for a long lay off but Michil Antonio on his way back for the Spurs game the likelihood is that manager Manuel Pellegrino will want to reinforce.

Giroud has rejected a move to the Hammers in the past and much will depend on whether – should Lampard give a thumbs up to a move – whether he will want to become embroiled in what increasingly looks like a relegation fight.

We were told Hodgson has had an eye on the situation for some time and could become a potent rival to the Hammers if we display an interest.