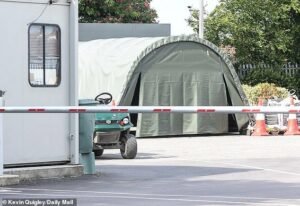 West Ham will anxiously wait for the result of tests carried out on the Hammers squad before training can resume on Tuesday.

The full Hammers squad were tested on Sunday for the first time with results expected tomorrow.

Should the Premier League meeting vote and approve the return to training today West Ham players will be free to train in small groups of five as long as they test negative.

A senior club source speaking to Claret and Hugh via Email this morning confirmed “All of our players were tested yesterday. We don’t train until tomorrow when are results in. They will be tested twice a week. This week will be in small groups”

West Ham is expecting all first-team squad players to report for training at Rush Green training ground tomorrow where there will be subject to further daily health screening and strict guidelines which must be followed to reduce risk of infection.