Hammers appoint fifth director to the board

Posted by Sean Whetstone on November 16, 2021 in News, Whispers 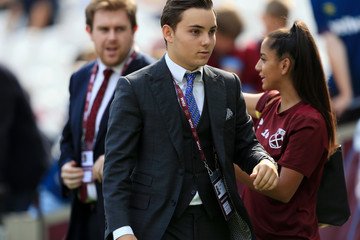 Jack Sullivan has joined his brother Dave on the main board of West Ham’s holding company WH Holding.  The confirmation came today in documents filed at Companies House.

22-year-old Jack becomes the fifth director to be appointed in a week after a share restructuring related to the  new Czech billionaire investment.

He joins new investor Daniel Kretinsky with his  Czech right hand man Pavel Horsky as well as Dan Cunningham who is married to Jackie Gold who were both appointed last week.

David Sullivan, David Gold, Karren Brady, Daniel Harris, Tripp Smith and CFO Andy Mollet  already sit on the main board of directors so it takes the size of the board to eleven.

Jack was previously the managing director of West Ham Women until he stepped down earlier this year.

The addition of Jack is clearly a sign that the Sullivan family has a succession plan within the club.