West Ham and Spurs are both interested in a deal to sign Hull star Keane Lewis-Potter, according to a new report.

The Daily Mail reports that there are a number of clubs keeping tabs on the star, who almost moved to Brentford for a fee of over £12m in January. 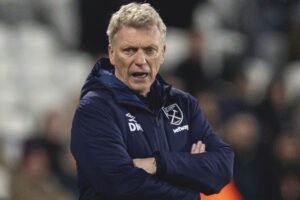 Both Spurs and the Irons are said to be keeping a close eye on the winger, who has developed into a key player for the Championship club.

Lewis-Potter has made 39 appearances for Hull this season in the second-tier, scoring eight goals and registering four assists.

The England U21 international has a contract with Hull until 2023 and it seems that there is real interest in him from the Premier League clubs.

West Ham, of course, have previously signed Jarrod Bowen from Hull and may be able to utilise that relationship to bring Lewis-Potter to the London Stadium.

Hull are currently 20th in the Championship.