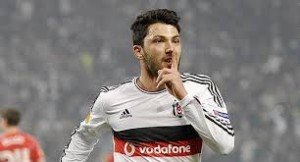 The Hammers have made a €7 million bid for Besiktas’ midfielder Tolgay Arslan according to Turkish newspaper Fanatik.

Arslan joined Beşiktaş from HSV in January for just €500,000. The 24-year-old  found fame when he scored against Liverpool in the Europa League Round of 32 clash. The newspaper report claims that the midfielder has also attracted attention from Italy and Germany. Slaven Bilic is said to be a fan of the Germany U21 international following his time as manager of Besiktas.

Tolgay has three years remaining on his contract  and has made 16 Turkish Super Lig appearances since joining Besiktas.