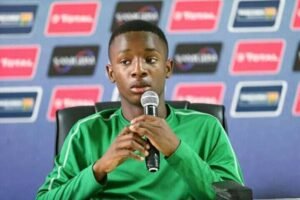 The Hammers are this morning reported to have made an offer to sign the teenage winger Adrian Akande – but could face competition from a string of clubs including Tottenham Hotspur, Celtic and Rangers, according to All Nigeria Soccer.

Akande, – currently on Chelsea – impressed while training with West Ham’s youth teams last month although  Tottenham,  Liverpool and Manchester United, are also believed to be keen.

And the former Crystal Palace youngster is also on the Celtic and Rangers lists but whilst at Chelsea scored 30 goals and assisted 22 in 42 games for the Blues’ youth teams.