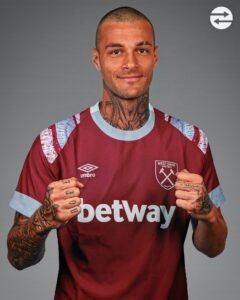 Speculation has been circulating that the player has already been signed after the clubs agreed terms on a fee.

But talks are continuing on personal terms with – as ever – the agent pushing for the best he can get for his client.

A figure of £50k a week has been mentioned but in reality there is no outcome to the talks which the club are hopeful will be completed over the next few days.

The  Sassuolo forward looks set to finally arrive but whether as first or challenging front man to Mikey Antonio remains to be seen,

A key insider told ClaretandHugh the fees had been almost agreed saying adding that the fee with Sassuolo had indeed been agreed and that they were very close to settling the  player’s wage levels.