Hammers could seek Serie A loan

West Ham could seek a loan deal with Juventus to sign Daniele Rugani in the January transfer window, according to a new report.

The Hammers are in the market to bring a new centre-back into the club at the turn of the year after injuries to both Angelo Ogbonna and Kurt Zouma. 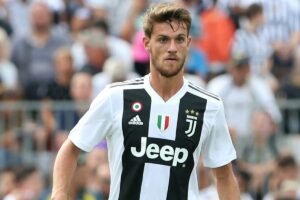 Ogbonna is set to be out for the remainder of the season while Zouma is facing as long as three months out.

The Irons will have to make a decision when it comes to whether to bring a player in permanently or on loan and a new report claims that there could be a move done in January to sign Rugani.

The 27-year-old has played just once in Serie A thus far this season and is clearly not seen as a first-team player at Juventus.

A report from Calciomercato claims that the Irons could look to bring him in on a short-term basis in order to plug the gap.

Keep an eye on this one.