Fabian Balbuena is already in talks with Real Betis ahead of his West Ham exit.

The centre-back is set to depart the club at the expiration of his contract at the end of the month. 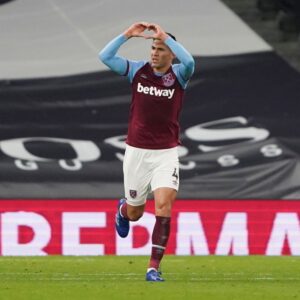 Spanish club Betis appear to have shown the most interest in the Paraguay international and are now said to be holding negotiations with him.

Sport Witness carries a report from Andalucia Information, claiming that talks are underway.

Former Hammers boss Manuel Pellegrini is in charge at Betis and he is keen to bring the defender to Spain.

A firm offer is said to have been tabled by the Liga club, but Balbuena is keen on receiving a higher wage than has been offered at this stage.

He is currently on international duty with Paraguay and is likely to make a decision after the Copa America, which takes place later this month.

Balbuena made a total of 14 Premier League appearances this season.