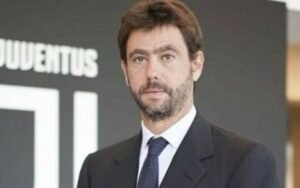 Juventus chief Andrea Agnelli – the apparent ‘brains’ behind the European Super League – has made the astonishing claim that West Ham are in danger of insolvency.

It’s an astonishing declaration by the man who offers no explanation other than covid which of course has hit every club worldwide.

But quite why he has selected the Hammers as one of the club who may go out of business is left entirely unclear.

He adds that  Juve, Barcelona, Inter and Porto, are at a 15-20 percent risk of going out of business because of a need for liquidity within the system to be €8.5 billion.

Among his remarks he said: ” The board has estimated the effects of the pandemic over the three year period at £320 million based on the guidelines for the capital increase have been defined.

“They estimate the need for liquidity within the system to be £8.5 million. It is estimated that 30 to 40 pc will be managed by capital increases, 15 to 20 per cent at the risk of insolvency. I am thinking of Barcelona, Inter, West Ham, Porto.”

It’s an amazingly unhelpful comment and drew an immediate denial from a well informed Hammers insider who made it clear the club was “in safe hands.”

Commenting he declared: “COVID has hurt the club very badly but it’s in very safe hands it’s very odd that we were picked out.”