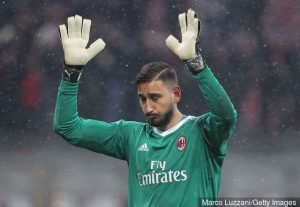 The Hammers are this morning being reported as holding an interest in goalkeeper Marco Meneghetti has been confirmed by the president of his current club.

The 17-year-old made his debut for Serie C side Pordenone earlier this season and according to Sky Italia is at the centre of major interest from the club.

Now Pordenone chief Mauro Lovisa has commented on the interest, and says West Ham have reached out to them.

He is being quoted by an Italian media source as having said: “Marco Meneghetti is in the sights of the Hammers.

I have the official e-mail from the British club. The fact is that Marco also interests Inter.”

Pordenone won’t be keen to sell the stopper but will be unable to resist the interest of bigger clubs should a formal move be made.

With the highly rated Nathan Trott impressing week by week for the under 23s it is possoble the Irons are stepping him up to No 2 to Adrian with Meneghetti taking over his role.