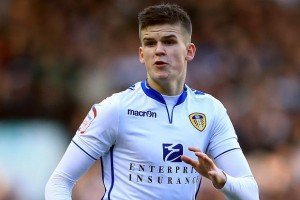 It seems only a matter of time before Essex boy Sam Byram is confirmed as West Ham’s first signing of the January transfer window. The twenty-two year old had previously agreed to join Everton but Leeds owner Massimo Cellino reportedly said: ‘I’m really sorry for Everton because they really acted like gentlemen, but Sam chose West Ham.’

Byram is a product of the Leeds academy, making over 140 appearances since debuting in 2012 but, with his current contract set to expire at the end of the season, Cellino has opted to cash in on the player with a transfer fee believed to be around £3.7m.

The Essex lad is understood to be a boyhood West Ham fan and it said this will be his dream come true. Irons Director of Recruitment ,Tony Henry is said to highly rate the lad who can either play in the right back or right winger position as they try to replicate the success the Hammers have enjoyed with Arron Cresswell from Ipswich.

Chairman’s son Jack Sullivan posted on twitter earlier “Maybe a surprise signing in the next 48 hrs” but it appears the cat is out of the bag following Cellino comments. He is understood to have agreed personal terms but he still needs to sign on the dotted line in the next 48 hours to become a Hammer.