While Declan Rice was forced to withdraw from the England squad due to illness, there were a number of Hammers playing for their countries in World Cup qualifiers. 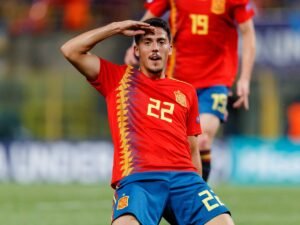 Ukraine and Andriy Yarmolenko will be going into the play-offs after they beat Bosnia and Herzegovina 2-0.

The Czech Republic will also be in the play-offs after beating Estonia; both Vlad Coufal and Alex Kral started in that game but the Czechs will not be seeded in the 12-team play-off draw.

Tomas Soucek and the remainder of the Czech crew could subsequently face one of the following: Portugal, Scotland, Euro 2020 winners Italy, Russia, Sweden or Wales. Ukraine can play the same crop of opponents bar Russia.