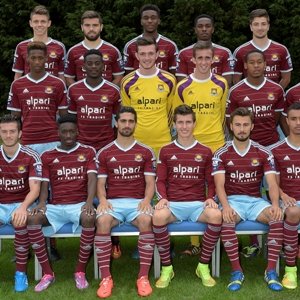 The first cup game against Athletic Bilbao U21 ended in a disappointing 5-3 defeat. Despite losing the first game under manager Nick Haycock who is no longer with the club.

“Tonight is a great experience for us. We’re playing at Upton Park which is always good for the boys. Plus, we’re playing against foreign opposition who’ll give us a different type of challenge than we usually come up against.

“I’m a fan of this tournament 100 per cent. It’s a vital step for any of our players who are pushing for a first team place because if they get there, and they haven’t played against a foreign player before, they’re going to find it very difficult.

The two sides have already faced each other in pre-season where the Dutch side, known as Jong PSV, triumphed 5-0 against a youthful Hammers’  said Westley Admission is £3 for adults, £1 for U16s and Season Ticket Holders get in for FREE. Kick off 7pm at the Boleyn Ground.

← Downing: “I should be fit for Everton”
Apparently we all love roast pigeon! →
Click Here for Comments >