Posted by Sean Whetstone on September 5, 2016 in News, Whispers 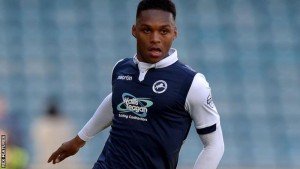 West Ham are interested in signing Millwall defender Mahlon Romeo in a £2m move, according to the Sun.

The 20-year-old broke into the Lions’ first-team last season. The right-back has now notched up 24 league appearances for West Ham arch rivals and is starting to attract attention from other Premier League clubs.

Despite the transfer window closes just days ago the report in the Sun says Slaven Bilic is keen on a deal for Romeo, and are willing to pay £2m for his services. West Ham would need to wait until 1st January before they could sign anyone else.

Born in Westminster, Romeo joined Gillingham in the summer of 2012 on a two-year scholarship, having previously played in the youth systems of Arsenal and Wycombe Wanderers. In January 2013, Romeo joined Conference South side Dover Athletic on a youth loan. In the summer of 2015, he signed for Millwall and featured regularly in the first team.