The Athletic reports that West Ham already have a back-up for Chelsea striker Tammy Abraham in case they cannot convince the Blues to sell.

A deal for Abraham is likely to be a loan, with manager David Moyes revealing that a deal of over £40m would be too rich for the Irons’ blood. 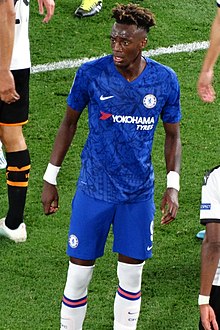 As a result. The Athletic reports that there is interest in the 18-year-old forward Adam Hlozek, who plays for Sparta Prague.

A deal to sign the teenager may be helped by the fact that he has the same agent as Tomas Soucek, who also moved to the club from the Czech league, though that was Slavia rather than Sparta.

Hlozek has scored 11 goals in 17 appearances thus far in the league this season, and can play as both a left winger and a centre-forward.

At the age of 18, he has already made 83 appearances for Sparta, along with two senior caps for the Czech Republic.