Hammers given another helping hand 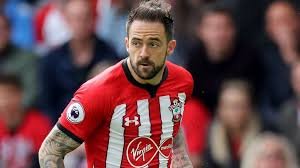 West Ham’s were handed another opportunity of putting space between themselves and the relegation threatened clubs on Wednesday night with Watford being beaten  3-1 by Southampton.

It means that we surely have to go for it in a big way against Chelsea with the relegation scrap remaining almost stationary.

Norwich, Villa and Bournemouth remain locked beneath us with only the Hornets managing to improve their position marginally with a 1-1 draw against Leicester City last Saturday.

Defeats by Burnley in midweek and now by Saints has put them right back in the mix and David Moyes will be praying that somehow the Irons can squeeze something out of the London derby.

Danny Ings scored twice for Saints with James Ward-Prowse adding the third soon after The Hornets scored via a Jan Bednarek own goal, when turning a cross into his own net.

It all means from our perspective that a win or a draw against the Blues will see us into 16th place with what are considered to be the easier games then on our agenda.

8 comments on “Hammers given another helping hand”