Arsenal could be without key man Gabriel Jesus when they take on the Hammers on Boxing Day.

The Brazil international has been playing for his country at the World Cup but has been ruled out of the remainder of the tournament due to a knee injury, per Fabrizio Romano. 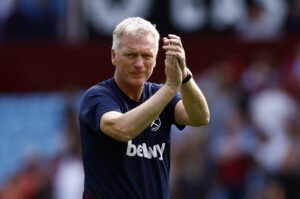 Brazil qualified from their group as winners and are set to play South Korea in the Round of 16.

Romano has confirmed in his tweet that Jesus is likely to be out until January, meaning he is likely to be absent when the Hammers resume Premier League duties against Mikel Arteta’s side.

Arsenal have been in fine form this season and are currently top of the Premier League table, five points clear of second-placed Manchester City.

The Irons, by comparison, will be out to end a run of three successive defeats when they take on the table-toppers from north London, and Jesus’ absence could play a key role in that ambition.