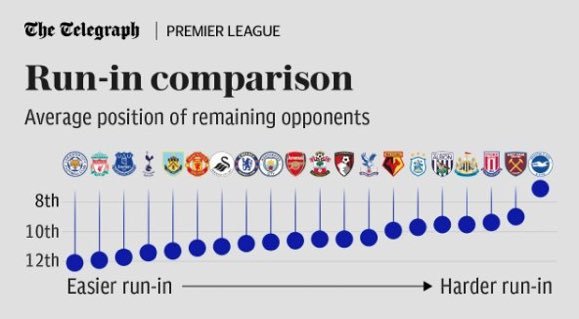 The Daily Telegraph claim West Ham have the second-worst run in the Premier League with only Brighton facing worse.

Despite some tough fixtures eight of West Ham’s remaining fixtures are in London and six of them are at home.