Hammers have to put a really bad habit behind them

West Ham have to shake off their often hideous habit of failing against the league’s apparent lesser lights if they are to maintain their Premier League status.

We have all become frustrated at their ability to beat the likes of Chelsea whist failing so regularly when facing opposition such as Watford and the like.

Tomorrow night their ability to do so is put to the tet and it may prove critical as we look to take a major step towards safety.

Nobody should ever under estimate any Premier League club but surely a performance up to the standard we saw against the Blues in victory and Liverpool in defeat will be enough.

That level should be a given and is one that has been repeated by the likes of Decland rice at various times this season.

Now Andriy Yarmolenko has demanded the same saying: “We beat Chelsea and for us it was a good result, but our problem this season is I think we play well against the big teams and we have to play much better against teams like Burnley.”

The Ukraine international played an influential role in the win over Chelsea, scoring a memorable last-minute winner at London Stadium, but admitted his form dipped again in the home defeat by Burnley.

And the No7 knows he simply cannot afford to produce another subpar performance against Watford, who kick-off below West Ham on goal difference. 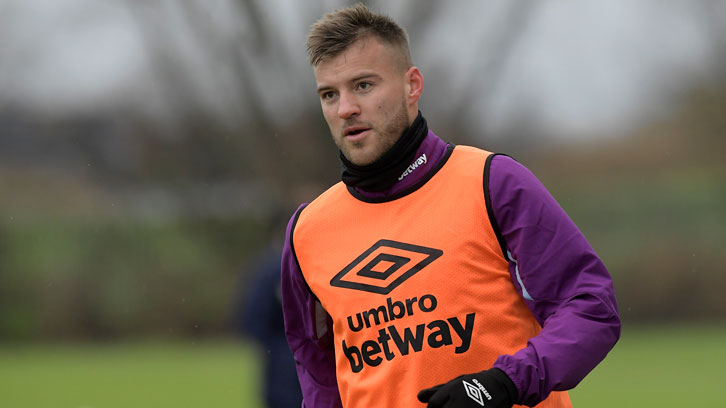 Speaking in the official programme for the Hornets visit he said: “Against Chelsea it was a great game for us, but I don’t want to speak about my role.

“I just want to say it was really a good game from West Ham. We have to fight for every point and we showed we are West Ham and we showed to our fans we play for them and I think it was a great game from all the West Ham players.

“[Against Burnley] my game wasn’t good. I need to play much better. I know this and I think our manager knows how I can play, so I just to work, keep pushing, keep working and try to win every game.

“We lost the [Burnley] game and we have to do everything much better – defend better, attack better, do our build-up better, everything.”

← It could be Declan’s big year!
Irons relegation focus: Cherries luck deserved to run out →
Click Here for Comments >