West Ham responded to one Hammers fan impatience for news on the Manchester United away game. The club’s official twitter told fans “We are excited as you about our FA Cup trip to Old Trafford but we do not have a date, kick-off time or ticket details yet!”

West Ham fan, Ryan Osborne responded: “Is there anything you do have?”

Which the club humorlessly replied:  “Payet”

On a serious note, equally impatient for news, Claret and Hugh were told by the West Ham ticket office this morning “We’re awaiting their (the FA’s) reply/update so naturally will be as soon as possible.” 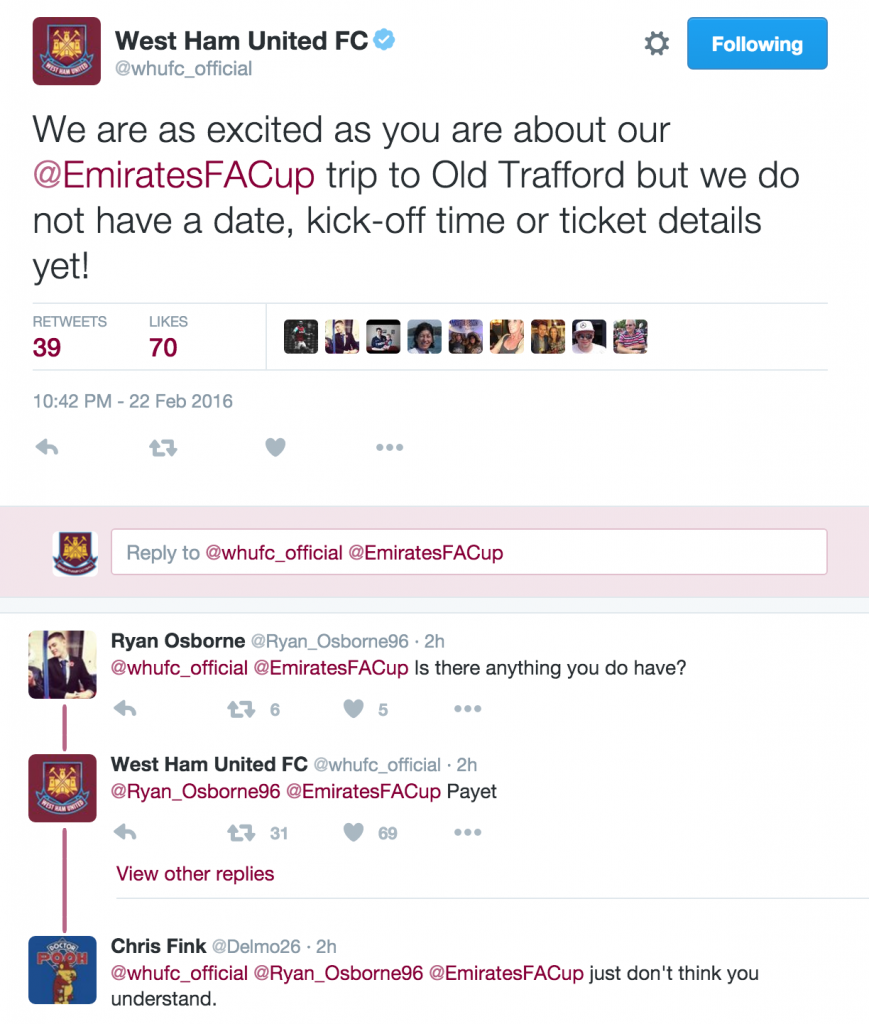