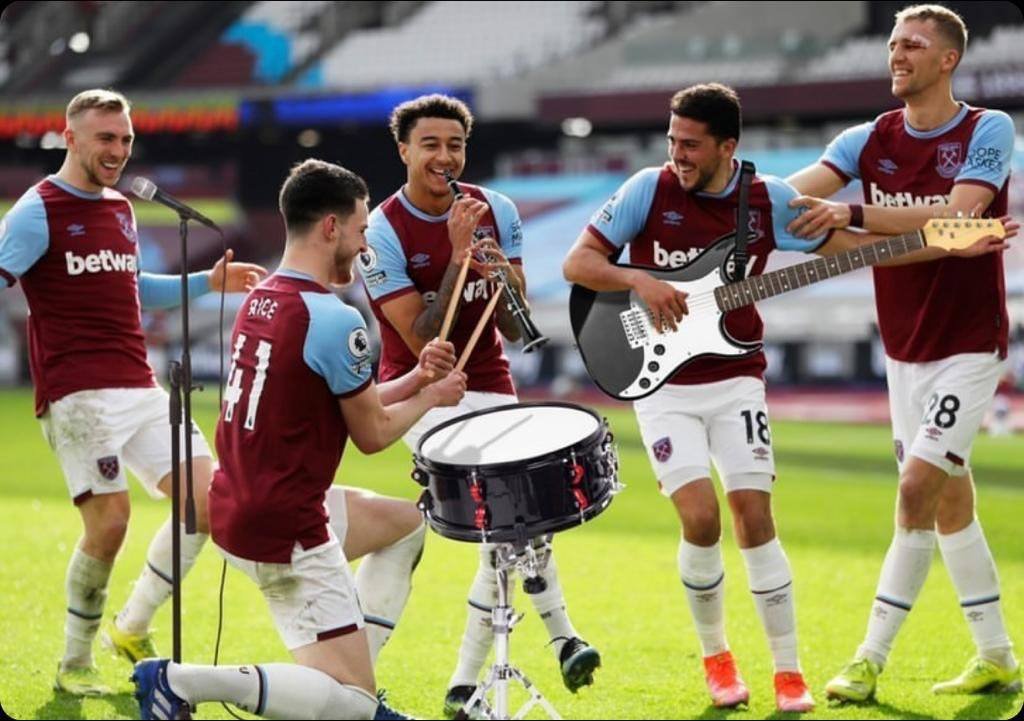 David Moyes may well be a lover of custard as he once admitted but he may not be too chuffed with himself and the boys being associated with junk food.

Declan Rice really couldn’t have known what he had started when he posted the picture of a photoshopped West Ham ‘band.’

It of course shows Jarrod Bowen on vocals, Dec on drums, Jesse Lingard on clarinet and Pablo Fornals on guitar.

Once out there it became one of the popular images out there following the fabulous defeat of Spurs at the London Stadium to ensure a surge into the Champions league.

It seems that now one of the world’s most famous firms – McDonalds – has become interested and it may only be a matter of time before we get  Hammers Hamburger.

For the fast food outfit decided this was too good an opportunity to miss and used the ‘band’ celebration on their official Twitter.

They posted a gif of West Ham’s Backstreet Moyes celebrating alongside a plug for its McChicken Sandwich.

It appeared on Twitter and it’s other social media platforms and said:  “When you find out you can get a McChicken Sandwich for only 99p on the My McDonald’s App today.”

Given how hard times are financially maybe the club will be looking for an advertising fee!