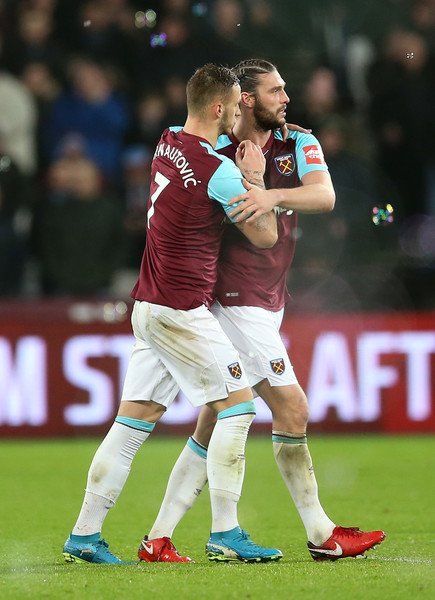 West Ham are hopeful that Marko Arnautovic will be okay for the trip to Newcastle at the weekend after appearing to sustain an injury in the last few minutes of the game against Manchester City.

The Hammers finished the match with 10 men after Arnautovic left the field with Manuel Pellegrini unable to call upon a replacement having used all three substitutes.

The Austria international had attempted to continue for a few minutes before eventually heading off the pitch and down the tunnel in the 89th minute.

There are no specific details of the injury which has been simply referred to as a knock but we were told by text today from a regular senior source that the medics are not overly concerned and hopes were high that the striker would make the trip.

However, Andy Carroll would be able to provide an element of cover were Arnautovic not to make it as the big fella is now fully fit and would be desperately keen to make an appearance in the game against his former club.