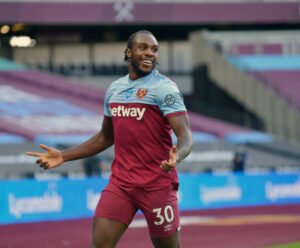 Game likely to come too soon for Mikey

West Ham can move into the top five if results go their way over the next 24 hours, rising above even Liverpool in this fabulous season.

With Sheffield United on their way to the London Stadium we have to be hopeful we can pick up three points off the rock bottom club and stay in touch with the European qualification places.

With Everton playing Fulham this evening and three points putting them on 40 points and  Chelsea playing Newcastle tomorrow with the possibility of reaching 42, a win is required to keep the Irons in contention on the same number but with an inferior goal difference.

Victory over the Blades would see us move six points clear of Villa and the Spuds with quite a gap opening up from 11th place downwards.

David Moyes will of course be without Oggy for the game, and probably two or three after it, but Mikey Antonio is expected to back and the boss looks certain to find room in the team for Said Benrahma and Jesse Lingard.