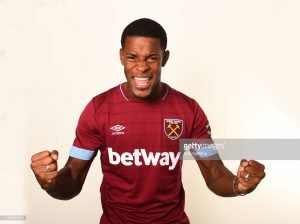 Xande Silva grabbed a hat-trick on his Hammers under 23 debut and then learned he is going nowhere this season.

After a massively important performance in the 3-1 victory at Stevenage, manager Manuel Pellegrini will not be allowing the 21 year old to go out on loan.

Over 40 League clubs were represented at last night’s game as the deadline for loans draws near but we understand that neither Silva or the impressive Nathan Holland will be going anywhere.

Silva has settled well into life at the club and was hugely impressive scoring three entirely different types of goal.

He cost  £1.8 million from Portuguese outfit Vitoria Guimaraes back in the summer and there are obvious hopes that both he and Holland will break into the first team as the season progresses.