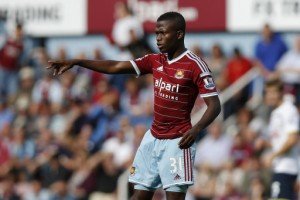 Slaven Bilic has made it clear to the board that Enner Valencia has no part in his future plans.

The Ecuador international – having finished his loan spell at Everton – is now back at the London Stadium but the club are moving to find another club for him or loan him out again.

They believe there’s a good chance of doing so given that he is on a moderate wage of around £37k a week although his stats while at Everton were not inspiring.

He managed just three goals in 30 appearances for the Irons and the Toffees last season but the club believes there will be interest in the player.

Bilic was unimpressed with the player’s work rate on his arrival and hopes had been high that the Everton loan  spell would be made permanent at the end of the campaign.

Now talks will continue among agents as hunt for a club for the 28 year old forgotten man.

9 comments on “Hammers hunt to find club for striker”