Hammers in battle for defender

West Ham are said to be eyeing a potential move for Fenerbahce centre-back Attila Szalai in the January transfer window, along with both Leicester and Newastle.

The centre-back has only been with the Turkish club since January 2021 but he has impressed during his time at the club. 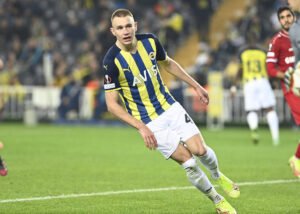 A Hungary international, Szalai is being tracked by the Premier League trio ahead of the next window.

Bologna are also said to be interested, as per Turkiye Gazetesi, but Szalai would prefer to move to England.

His contract expires in 2025 so Fenerbache have plenty of room to negotiate, and the report makes it clear that a deal is more likely in the summer than January, due to the fact that Fener would struggle to replace him mid-season.

However, they are said to be aware of the interest, and know he is unlikely to stay beyond the summer.

Szalai has made 25 appearances in all competitions this season.