Hammers in clear on Friedel claims 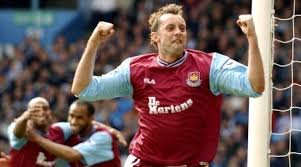 Sam Allardyce’s decision to leave the grass at a particular length for the visit of Spurs on opening day was approved by Premier League officials.

Former player Don Hutchison had revealed in his newspaper column that Brad Friedel had claimed the grass had been left six inches long.

The inference was that the Hammers manager had wanted to slow the Spurs passing game.

We reported the story earlier today on ClaretandHugh and a Hammers source has since contacted us saying: “The grass was checked by Premier League officials and was found to be fine.”

There was never any suggestion of wrongdoing anyway but we’re pleased to report the manager’s plan didn’t impinge on Premier League rules.