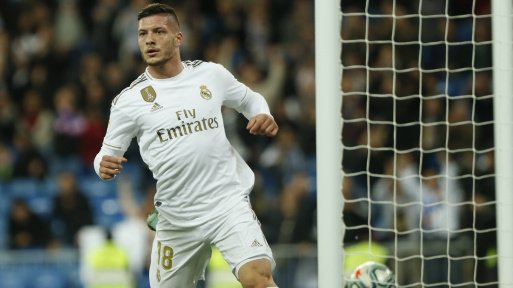 West Ham have been turned down in a move for Seb Haller’s former strike partner at Eintracht Frankfurt on loan.

Serbian Luka Jovic grabbed 30 goals for the Bundesliga outfit last season before moving to Real Madrid in a £60 million plus move in the summer but has just a single goal to his name this term.

However, the Irons moved to reunite the pair with Jovic arriving on loan this winter but they were immediately turned down by the Spanish giants.

Between them, Jovic and Haller had scored 50 goals between them at Frankfurt last season and the Hammers were keen to bring the Serbian to the London Stadium on a loan with an option to buy in the summer.

The report first appeared at http://sportwitness.co.uk/west-ham-interested-signing-real-madrid-player-galacticos-studying-possibility/

And a Hammers insider confirmed to ClaretandHugh a few minutes ago that an attempt was made to get the player to the club.

However, Real immediately turned us down flat. Now, however, a striker is high on the club’s list of priorities in January although quality front men are particularly hard to get at any time particularly in the winter window.