Posted by Sean Whetstone on September 29, 2016 in News 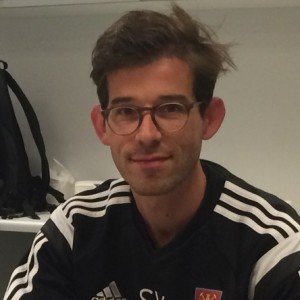 Head of Medical and Sports Science, Stijn Vandenbroucke has provided his latest injury update on WHUFC.com

He says :” Aaron trained very well with the Under-23s on Wednesday. The Academy kindly put on a very hard session, which Aaron took part in under the supervision of Eamon Swift, our rehab-fitness coach. He will take part in another training session with the Under-23s on Friday and join the first team next week. “

“Arthur unfortunately was injured in the EFL Cup tie with Accrington Stanley, suffering a medial ligament injury in his left knee. He is now wearing a brace, which he will be in for the next two weeks before being reassessed and taking the next stage in his rehab. We started exercises with him at Rush Green on Wednesday.Arthur also suffered a small fracture in his hand, which occurred in the West Bromwich Albion match. He played through the injury in that game, and the EFL Cup tie, but we will now undergo a small fixation operation on Thursday.”

“Andre returned to France as planned to continue his rehab. He will return to Rush Green at the weekend. He has been working very hard on the pitch and is ready for the next stage in the rehab, introducing the ball, passing, kicking and faster running. Andre will continue working on improving his fitness levels for the next few weeks before he will join controlled introduction sessions with the Under-23s. “

“Diafra is progressing well after a week on the training pitch running and working with the ball. He has to build up a lot of fitness after three months out, but the encouraging thing is that he has had no adverse reaction in his back to the hard work he has been putting in. Diafra is working very hard and there is light at the end of the tunnel.”

“Havard Nordtveit had a small medical procedure at Spire Roding Hospital on Wednesday and will be unavailable for one week. He will return to training in the middle of next week. ”