West Ham Under-18s are top of the Premier League South table and they absolutely battered Arsenal on Saturday.

The Hammers kids beat the young Gunners 4-1 to extend their lead at he top of the table to 10 points. 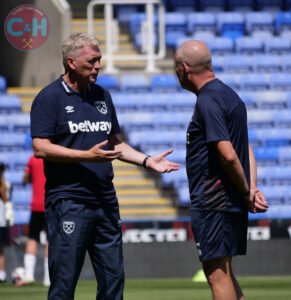 The Irons actually had a 3-0 lead before half-time and perhaps the best player on the pitch was Divin Mubama.

He scored twice in the first-half, while there were also goals from George Earthy and Favour Fawumni.

All the more impressive was the fact that the game was an away one for the Irons, and that the game took place at the Gunners’ training ground.

Mubama has clearly caught the eye of senior management at the London Stadium, as he made his senior debut in the Europa Conference League against FCSB.

There is clearly a lot of talent in the youth ranks in east London, although the pathway is perhaps not as simple as it should be.

3 comments on “Hammers kids are flying”