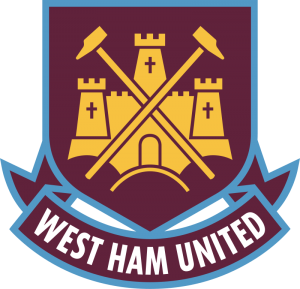 And they have appointed an independent company – survey company SMG YouGov – to run and administer the consultation and polling to ensure it accurately reflects the fan view!

In a full statement on the official site at www.whufc.com they say that they want every supporter to have their say and  that the club will hold  three in-person consultation sessions at the Boleyn Ground on Saturday.

The event originally planned for Tuesday 24 June has been moved to ensure it does not clash with England’s FIFA World Cup match with Costa Rica.

They say: “From early next week there will also be an opportunity for fans to view an online video presentation that provides a detailed examination of the different elements of the current crest and summarises the exhaustive research the Club have undertaken thus far.

Supporters will then have the opportunity to offer their feedback via an online form.

The feedback provided by supporters through these channels will then be analysed by the Club to ascertain whether there is a desire among the Club’s most loyal fans to evolve the crest.

If it is found that there is, then the Club will continue its work by utilising fans’ feedback on the most important elements of the crest to inform the creative direction.

“This will allow them to further explore the routes that are most popular among supporters, with a view to presenting an alternative for consideration by the fanbase.

“In this scenario supporters will still have the final say as they would be given the opportunity to approve any new iterations or opt to retain the current crest.

To help further inform supporters, the Club will also respond to any further questions arising via a Q+A here on whufc.com early next week.

Since the consultation process was announced, the Board have made clear that this process is categorically not about looking at a name change and no updates will be made to the crest unless Hammers fans back the move.

Therefore, to ensure transparency and fairness, they have appointed independent survey company SMG YouGov to run and administer the consultation and polling.

As previously explained, the Hammers’ current offering has not been changed since 1999 and the Club see the move as an opportunity to better reflect and celebrate the things that make West Ham so special, particularly its rich history.

The Club have already received some valuable feedback from the Supporter Advisory Board, which has helped shape the content of the presentation.

There were clearly some areas that the SAB members were more widely supportive of and other areas that they wanted the Club to look at in more detail.

Their feedback so far suggested there was broad support for a more traditional crest as used during the 50s, with the crossed hammers given more prominence.

There were also discussions at the SAB meetings about potentially adding a representation of the Club’s new home (the Olympic Stadium) to the crest, during which the Club explained its preference for no graphical representation of any Hammers stadium, either past or present, to allow the strong symbol of the crossed hammers to shine through. That view appears to have been generally supported by the SAB.

The possibility of further highlighting the Club’s standing in London by reflecting that in some way on the Club’s crest was also debated. Some members fed back that it was an appropriate reflection of the Club’s direction, while others felt that 1895 should be added to better demonstrate West Ham’s standing and history. Others said they favoured a return to a more traditional, retro crest only.

*To enable as wide a section of the fanbase to have their say as possible, the consultation is open to all supporters with a ticket purchase history.

This includes all existing and former Season Ticket Holders, Members, both domestic and international and previous matchday ticket buyers aged 16 and over.

A Club Client Reference Number will be required to submit online or in-person consultation feedback/access the poll. All responses will be verified upon completion to ensure robustness of the process and to check for duplications. Any duplicate entrants or invalid client reference numbers will not be counted. The deadline for submitting feedback will be Friday 27 June at 5pm.