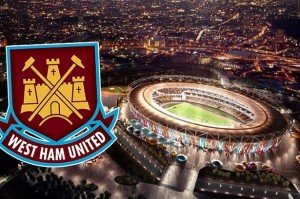 West Ham Supporters who, until now, have only invited one fellow Hammers fan, or indeed none at all, to join them as a new Season Ticket Holder at the Former Olympic Stadium can take advantage of a five day Amnesty Window in January.

The final Band 4 season ticket appointments are scheduled for Friday 22nd January, the Amnesty Window will then commence on Wednesday 27th January and run until Sunday 31st January.

This will be the very last chance for existing Season Ticket Holders to bring friends and family along with them for the 2016/17  season.

The sales period for members of the Priority List to start buying Season Tickets will commence within a few weeks and, with numbers exceeding available Season Tickets several times over, Season Tickets are expected to sell out well before the Hammers’ first game in August.

Supporters wishing to take this last chance to bring friends and family members with them are asked to complete a short online form at > http://www.amnesty.whufc.com, where you can select whether you would prefer to select additional seats either over the phone or in person at the New Stadium Reservation Centre in Westfield Stratford City.

Please note that due to limited seat availability any additional seats are unlikely to be situated close to your original seat purchase.