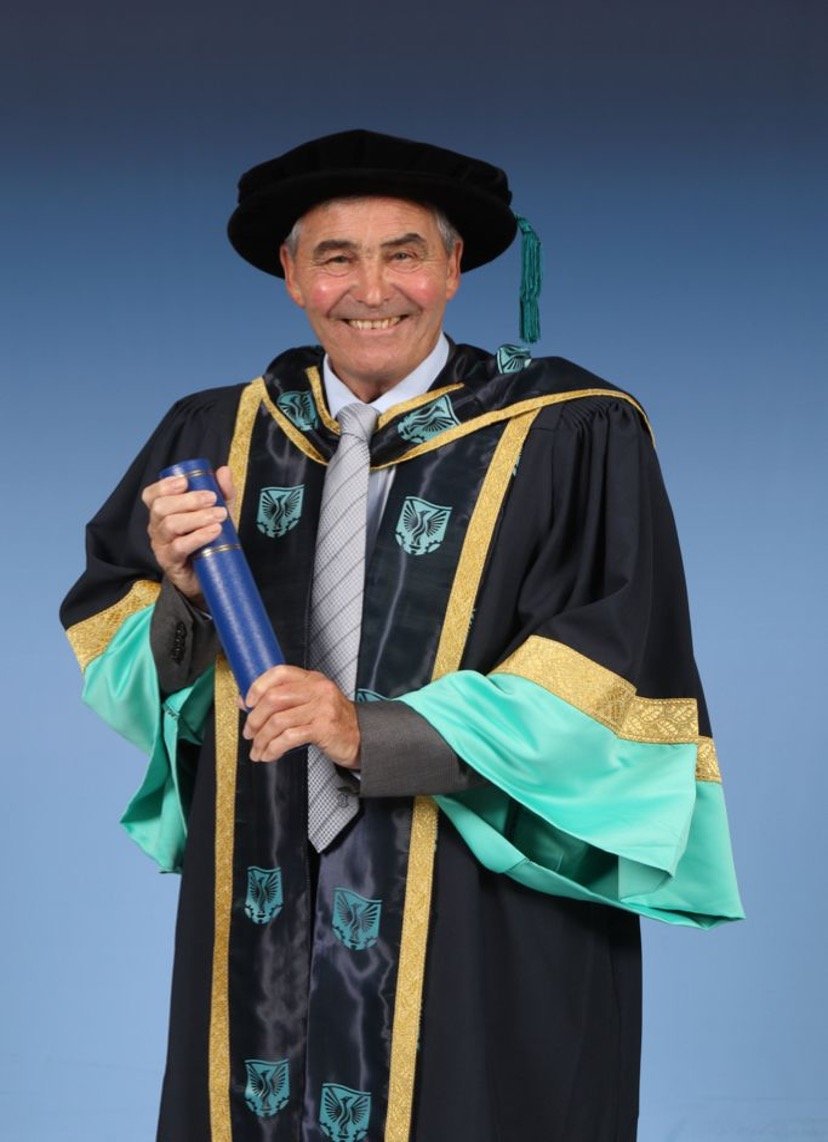 Former West Ham Academy director Tony Carr, MBE has been honoured with an Honorary Doctorate of Science from the University of East London (UEL) at their School of Education and Communities graduation ceremony near the Docklands campus today.

He gave an acceptance speech to hundreds of new UEL graduates and their families, many of whom are West Ham United fans.

Carr advised graduates venturing into the workplace, “Learning is a lifetime’s journey. Make sure you choose something you love. Remember, we all have to be part of a team. It’s all about character, attitude and a work ethic.”

Starting in football as a 16-year-old football apprentice with West Ham United, the club let Mr Carr go without a first-team appearance. He spoke emotionally about the highs and lows of football, saying, “Success and perceived failure sometimes go hand in glove.”

Carr signed with Barnet FC, then retired from playing to qualify as a PE teacher. He taught in schools for 10 years – “10 years in schools taught me the value of organisation, discipline and setting the right standards,” he said.

Fulfilling roles including manager, coach, mentor and administrator, Carr’s Academy approach took shape with the support of other Hammers’ legends like Ron Greenwood. He began to see success in the development of his players.

He is currently working on his autobiography which will feature the perspectives of some of the stars he has helped produce.

Tony is also a coaching adviser to the Premier League. Carr said, “I could never have imagined as a young lad leaving school at 15 with no formal qualifications to begin a lifetime’s journey into professional football that I would be presented with an MBE in 2010 and today an honorary doctorate from the University of East London.”