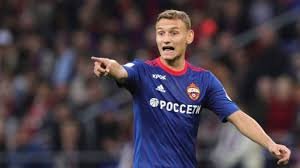 The Hammers need to try and use this off-period in the football season wisely and looking at potential transfers for the next window would certainly be an example of that.

Something of an unknown quantity, the 21 year old has managed six goals and six assists in all competitions this season.

He’s apparently been playing off the main striker at CSKA and has a £14.4 million price tag on his head.
Permalink