Posted by Sean Whetstone on January 17, 2017 in News, Whispers 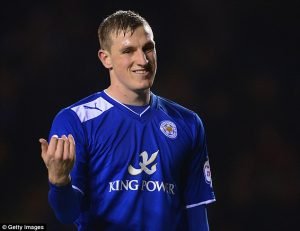 Leeds United have slapped a £15 million valuation on their striker Chris Wood after West Ham have allegedly shown interest according to reports.

The New Zealand international has been tearing up the Championship this season with his goals firing Garry Monk’s men up to third in the league.

Wood has scored 17 times in 29 appearances this season and netted the winner as Leeds recorded a crucial 1-0 victory over fellow promotion hopefuls Derby County at Elland Road on Friday night.

West Ham are desperate for a new centre forward following Simone Zaza’s exit yesterday and after being rejected in approaches for Brentford forward Scott Hogan and Sunderland’s Jermaine Defoe.

Leeds boss Monk has insisted that none of his first-team players will leave Elland Road in January, with Wood key to the Yorkshire outfit’s hopes of winning promotion back to the Premier League.