Hammers linked with another four names 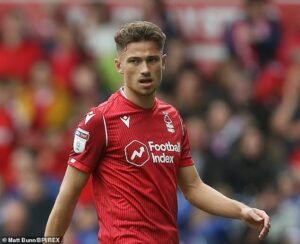 West Ham have become the latest club to be linked for a potential move Nottingham Forest’s Matty Cash, before the end of the transfer window, according to the Daily Mail.

Cash has already been linked with a £15m move to Southampton and AC Milan as Forest face a battle to keep hold of the 22-year-old during the last few days of the window.

The versatile 22-year-old midfielder has excelled this season in an unfamiliar right-back role, with Sabri Lamouchi having moved Cash back into that position following Tendayi Darikwa’s injury.

With eight days remaining in the transfer window David Moyes he hopes to complete one more signing or two at a push before next Friday.

← West Ham starting XI: The peoples choice
Obiang was counting on staying in the Premier League →

8 comments on “Hammers linked with another four names”