Hammers linked with Burnley right back 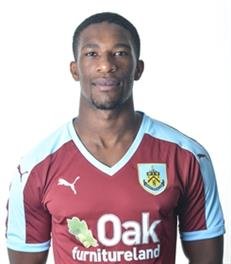 Twenty three year old Burnley right back, Tendayi Darikwa has been linked to West Ham and could be on a list of young right backs to replace Carl Jenkinson in the summer.

The youngster moved from Chesterfield in the summer but has made twenty one appearances scoring one goal for the Clarets this season. He came through the Chesterfield youth system where he made 125 appearances for them over 5 years. Darikwa signed a three year contract at Turf Moor last July.

West Ham revealed last week that Leeds right back defender Sam Byram is on their list of possible right back targets for the summer. However, they added that he shares that position with NINE other right backs the club are monitoring and organising into a priority list. Maybe Darikwa is one of the other eight right backs on that list.

Byram is out of contract in the summer and  as we reported here before a summer move is a more likely possibility to bring a new right back in.

ClaretandHugh was told exclusively by our top source last week: “Right back is obviously the key position we are looking at and Byram is interesting but we have NINE other targets as a possible permanent signing there.We will not be taking Carl Jenkinson for a third time and we will be spending the January window trying to sort out that and other deals.”

3 comments on “Hammers linked with Burnley right back”