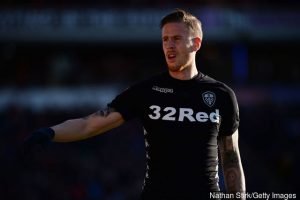 Jansson was quoted by the Swedish media last month as saying he wanted assurances from Leeds about their plans to improving to the playing squad and that he wanted to play in the Premier League.

Asked by the Yorkshire evening post if he intended to be at Leeds next season, Jansson said: “For sure. I signed a five-year deal and I said it since the first day here: this club changed my life and changed my football career. I’m proud and happy with that. You never know in football but what I said in Sweden, you use Google Translate to understand it so maybe something is not correct. That’s a normal reaction for me. Of course I feel frustrated, of course I want to speak to people in this club about what the goals are. I said I had a dream to play in the Premier League but I also said that the dream for me is playing with Leeds. That’s what I said from day one. The only thing I said is that I want to talk to people around this club and just hear them being positive, to see what they want. I also said that this club belongs in the Premier League.”