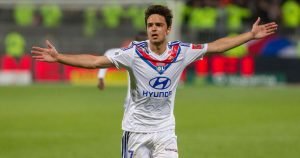 West Ham have offered to take Lyon playmaker Clement Grenier on loan according to Canal +. The midfielder has been plagued by injury this season and has dropped out of first team pecking order.

The the 25-year-old is reportedly open to moving on in January if a suitable side come in for him with a loan offer. The report claims Fiorentina, Roma and West Ham are all interested in Grenier and they are all ready to take him on loan in the winter transfer window.

The Frenchman has in the past been linked with the likes of Arsenal, Sunderland and Middlesbrough, but he has never been able to turn his back on Lyon. He has played 188 games for Lyon in all competitions scoring 25 goals in his senior career. He was called up to the French national squad in 2013 and 2014 but has been overlooked in recent years.