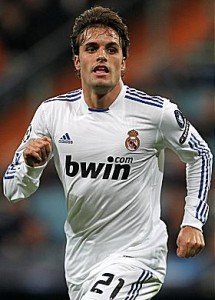 In a late twist  during in the over hyped transfer deadline day it is claimed that West Ham are moving to close a deal for Getafe midfielder Pedro Leon after his agent confirmed he was travelling to London to find a club according to Madrid-based daily Marca.

The 27-year-old had a spell with Real Madrid, having impressed at Getafe, who eventually brought him back from the Bernabeu after he struggled to make an impact with Los Blancos.

Meanwhile according to RMC, Morgan Amalfitano has arrived in London and wants to join West Ham for free. The only issue is that he has yet to come to a mutual termination agreement with Marseille.

Sky Sports add that West Ham could in fact sign Morgan Amalfitano on a one year loan deal from Marseille. It is possible that the potential loan is as a result of Amalfitano’s failure to terminate his contract with Marseille.

Chairman’s son Jack Sullivan tweeted ‘One out, One in!’ after Mo Diame’s exist was confirmed.

The only question is who will be inbound before 11pm?