Hammers linked with Serie A right-back

West Ham have been linked with a swoop to sign Ola Aina from Torino in the January transfer window.

The Hammers are reported to have been interested in a deal to sign the full-back in the summer transfer window, and were linked with a potential late-window move. 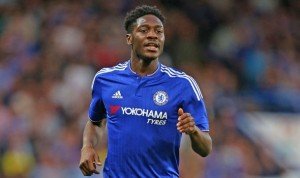 Aina came through the ranks at Chelsea but only played six times for the Blues, and went on loan to both Hull City and Torino, before signing for the Italian club permanently.

He has also gone on loan to Fulham from Torino, and is a Nigeria international with 29 caps.

The Irons could well be in need of signing a right-back in January, with Vlad Coufal seemingly not trusted, Ben Johnson injury-prone, and Thilo Kehrer struggling to convince in both central defence and at right-back.

Aina has a contract until 2023 and could be snapped up in a cut-price deal in January, as per the London Evening Standard.